Writing a description of yourself is really hard. But under instruction to list the things that make me, me - I’d have to say I’m a two-time author whose young adult self dreamt of being a writer. I’m the mother of a twin boy and girl who once doubted her maternal instincts. I’m a chef who cooks for therapy. I’m a lucky daughter who counts her parents among her friends. And I’m a television personality who can’t bear to look at herself in pictures. My greatest strengths are fearlessness, creativity, enthusiasm and humor. My most frustrating weaknesses are patience, organization and numbers.

I always thought winning awards was for someone else but I’m happy to say there have been a few folks out there who thought I was worthy of some awards over the years.

If you’re looking for more official bio of sorts, here you go:

Vivian Howard is an award-winning cookbook author, tv personality, chef and restaurateur. Her first cookbook, Deep Run Roots: Stories & Recipes from My Corner of the South (2016), is a New York Times bestseller and was named “Cookbook of the Year” by the International Association of Culinary Professionals. She created and stars in public television shows Somewhere South and A Chef’s Life, for which she has won Peabody, Emmy and James Beard awards. Vivian runs the restaurants Chef & the Farmer in Kinston, NC; Benny’s Big Time in Wilmington, NC; Handy & Hot and Lenoir (opening December 2020) in Charleston, SC. In October 2020, Vivian released her second cookbook, This Will Make It Taste Good: A New Path to Simple Cooking.

Coffee is not just for your mug or dessert! Explore the savory applications of coffee with this delicious spice rub. Give a boost to your favorite protein's flavor profile and your energy level! For 10 years, we've rubbed these spice blends into everythin
Red Eye Coffee Rub
$10.99

Elevate any seafood dish with this southern-inspired rub. This restaurant-tested recipe will satiate traditionalists and the avant-garde. For 10 years, we've rubbed these spice blends into everything you can imagine at my restaurant, Chef and the Farmer.
Add to cart
Fins & Shells Rub
$10.99

Chicken, pork, beef, lamb…it does not matter! Whether you are grilling, roasting, or baking, let your favorite bird or beast soak in the savory and sweet flavors of this rub. For 10 years, we've rubbed these spice blends into everything you can imagine at
Add to cart
Birds and Beasts Rub
$10.99 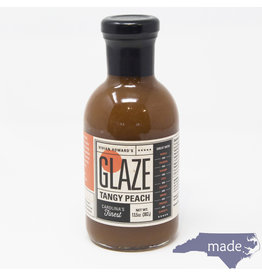 This bottle holds the last glaze you'll ever need. Brush it on grilled salmon. Toss it with chicken wings or drizzle it over roasted vegetables, and let the bright shine of peaches, lime and curry make you look like you know what you're doing.
Add to cart
Tangy Peach Glaze
$12.59 In this bottle you'll find my take on vinegar-rich Carolina style BBQ sauce. Tangy but balanced, the fruity depth of blueberries makes my sauce a crowd-pleasing way to finish everything from smoked chicken to cocktails. Sop it, brush it or pour it. Just t
Add to cart
Blueberry BBQ Sauce
$12.59 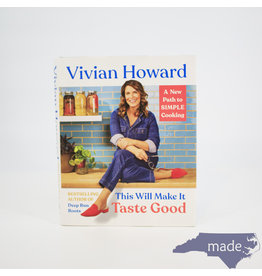 “I wrote this book to inspire you, and I promise it will change the way you cook, the way you think about what’s in your fridge, the way you see yourself in an apron.” Vivian returns with an essential work of home-cooking genius that makes simple food exc
Add to cart
This Will Make It Taste Good
$35.00